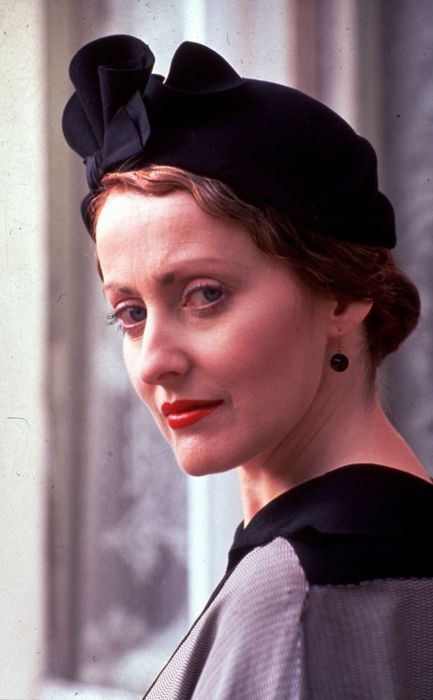 At one time, Miss Lemons worked for the detective, Parker Pyne as his secretary. This was prior to her work with Hercule Poirot.

Miss Lemon is the perfect example of that post-war I phenomenon, the genteel spinster. Unmarried despite her pretty looks, kindness, reliability and good manners, due to the carnage of World War I, which killed an entire generation of young English men, Miss Lemon has had to make her own way in life on small means. But unlike earlier generations, the 20th c. provides respectable job opportunities for her in offices, albeit at very low wages. Her ability to organize and type and her gentility make her perfect for the perfectionist Poirot. Poirot refers to her as his "perfect machine" until one day when she makes three typing mistakes in a simple letter.

Her appearances are usually very brief and only occasionally affect the story. She has a little room in Poirot's office at Whitehaven Mansions. She doesn't like to "play detective"--she would rather be completing her secretarial tasks. She is frequently "sublimely incurious" but not always. Her notion of her position is that of the loyal helpmeet and most of the time that means keeping Poirots calendar, perfecting the filing system and typing his correspondence. Nevertheless, her sympathetic manner and personal loyalty are put to good effect in one or two stories where at Poirot's request she makes the initial contact in an investigation, pretending to be some kind but slightly oblivious lady.

Her sister Mrs. Hubbard ran, in 1955, a hostel for overseas and local university students. This was the location of a murder mystery detailed in Hickory Dickory Dock.

"Miss Lemon, always efficient, had preceded him to the street and was waiting by a taxi. She asked no questions and displayed no curiosity. She did not tell Poirot how she would occupy her time while he was away. She did not need to tell him. She always knew what she was going to do and she was always right in what she did." --Third Girl